New Book Release: How to Write A Good Ad, by Victor O. Schwab 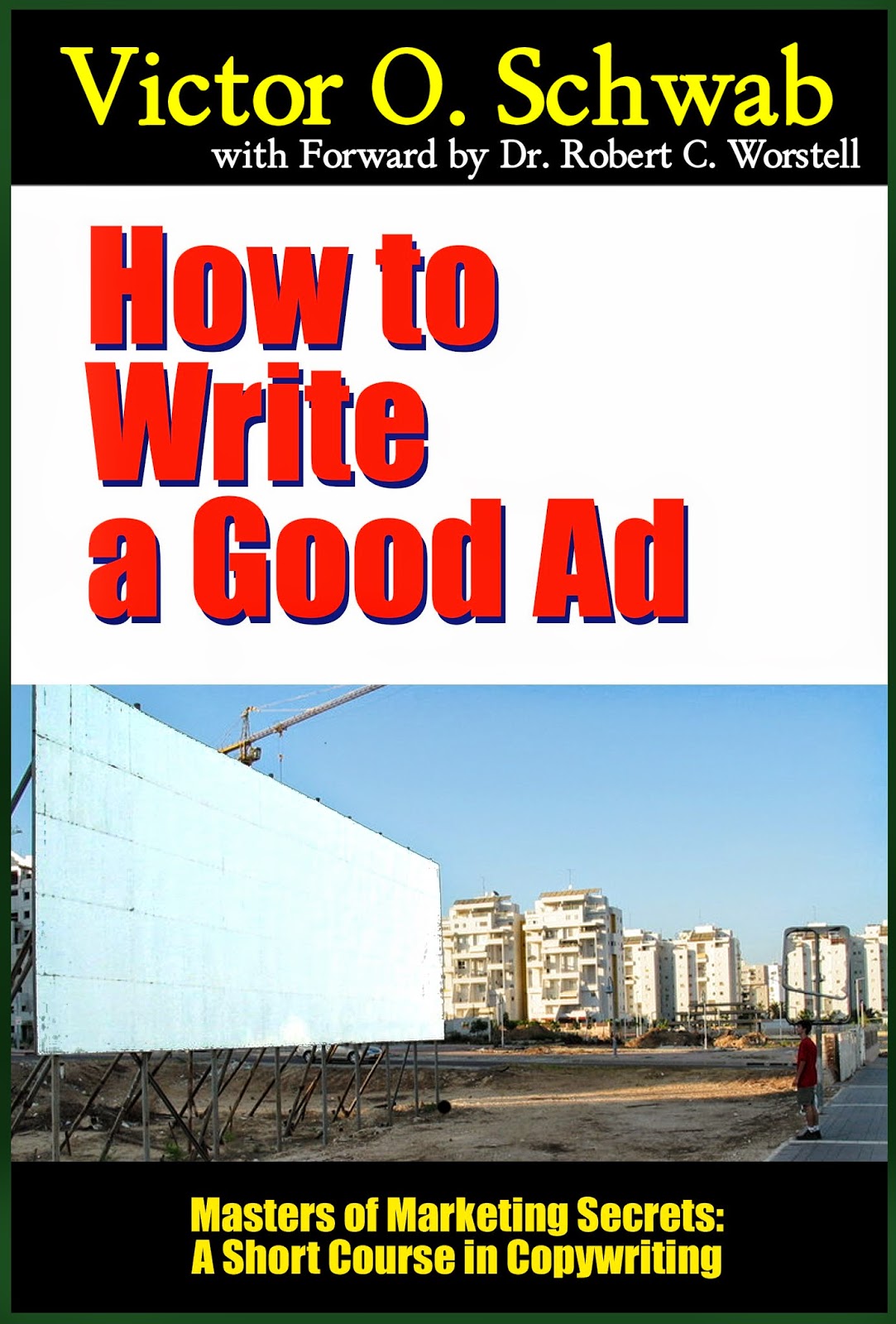 "Most advertising copywriters know their fundamentals. Many of us practice them. Some of us should get back to them.

"Whether one is now studying to go into the field of copywriting, whether he is new in the craft, or whether he has been a practitioner in it for years, his knowledge—and practice—of these fundamentals will determine the extent of his success.

"As Daniel Defoe said, 'An old and experienced pilot loses a ship by his assurance and over-confidence of his knowledge as effectively as the young pilot does by his ignorance and want of experience.'

"So this book will strip down to fundamentals, try to forget the furbelows. For, as time goes on, every line of creative work gets cluttered up with impressive jargon and off-the-beam technicalities, with professional palaver that strays far away from the main objective."

Get your copy today - and learn the secrets of writing ads from the Masters...

Also available as part of a recently-released bundle: 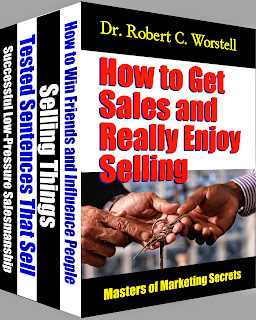 There are basic reasons people buy anything. These have to do with their emotional makeup, their mental habits and behavioral instincts. The reasons for people doing anything haven't changed much in the last 10,000 years.

So the classics which tell the most successful ways of selling are just as valid and workable now as the day they were written.  These modern books are just another version of the same truths which have helped people buy goods back in the trade-route bazaars before history was ever written.

What is new about this collection is that the best have been assembled all in one place:

This bundle consists of the true classics of selling which have consistently outperformed other systems based on pushy, high-pressure tactics which only alienate potential buyers.
On the Internet now, there is a complete rejection of the "standard sales page."

People don't want to be "sold."

But people do want to buy - especially on the Internet.

These four books explain who and how people are making sales happen both in person and online - even though they were all written before the Internet, and even before the personal computer.

Because the classic truths which help people decide and act have never changed.

You can know these now - and use them from here on out.

Get this bundle today!

Since Amazon turned down having this as an exclusive - we're publishing it everywhere else:

Posted by robertworstell at 4:12 PM

Watch this space: A great book offer is about to arrive...